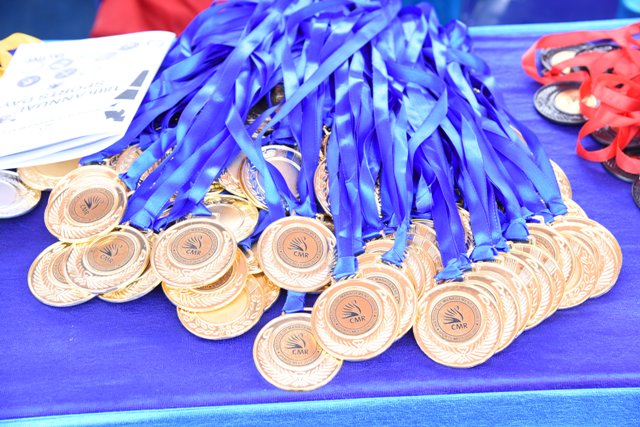 The CMR Institute of Management Studies conducted its 18th Annual Sports Day on 4th March, 2017, at the CMR University (Main Campus), Bagalur Main Road.
The meet was inaugurated by renowned sportswomanMs. M. K. Asha who spoke to students about hard work, diligence and discipline. She emphasised on the importance of sports in a student’s life.
The programme began with an invocation song by the college choir. The welcome speech was delivered by Ms. Annie Stephen from the department of Management & Commerce. It was followed by a march, where students from different departments marched proudly with their representative flags in full strength. The leaders of each department took the oath of sportsmanship on behalf of the athletes under the guidance of the Parade Commander Cadet Senior under Officer Shashank. All the students who had won events in athletics and games during the academic year were rewarded with prizes. The sports meet was attended by Shri. K. C. Jaganatha Reddy, Secretary, CMR Jnanadhara Trust, in the presence of Prof. Suja Bennet, Principal, Captain Dr. Anandappa, Vice Principal, Prof. Mukherjee, Dean and Mr. Navil Kumar, Physical Education Director.
The sports meet saw the enthusiastic participation of all the students and faculty. They actively participated in both track and field events. The students as well as the faculty displayed great interest in the wide array of track events such as running races, relay, shot-putt, discuss throw, tug of war; there were also fun games for staff members such as the lemon and spoon race, the blindfold race and the three-legged race. Numerous HODs and faculty attended the events.
The highlight of the day was the student-faculty tug of war. It was a lively performance between the female students and the female faculty, spurred on with the interesting commentary of our Vice Principal.
The Best Athlete (Men) title was awarded to Wasim Khan, IV Semester B.Com and the Best Athlete (Women) title was awarded to Danya Khan, IV Semester BBA. The Management and Commerce department bagged the Overall Championship. The annual sports day came to an end with the National Anthem leaving thrilling memories in the hearts of each and everyone present there. 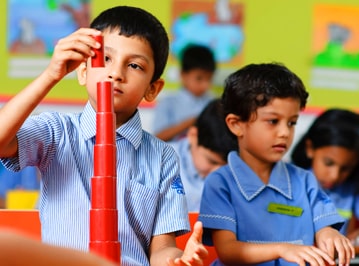 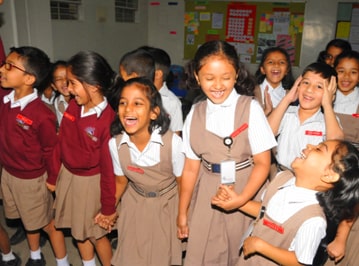 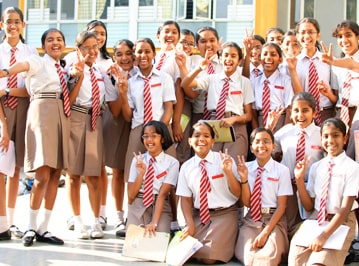 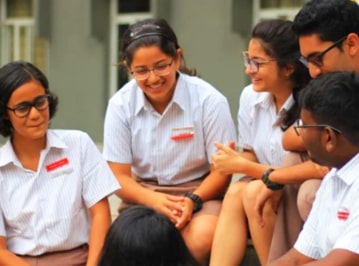 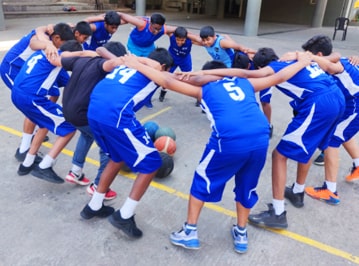 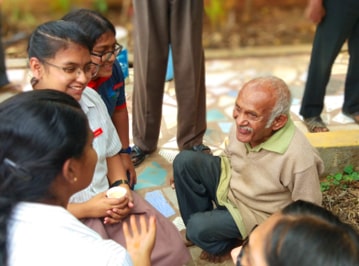